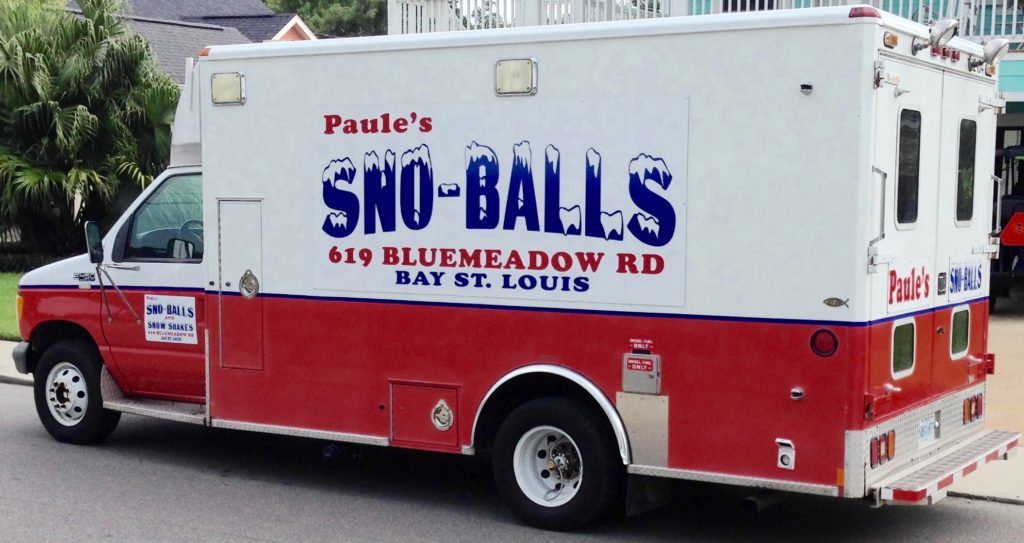 Paule Adams is taking his snoball business on the road.

Adams has owned Paule’s Snoballs on Blue Meadow Road since June 2000 and serves what he calls “the best snoballs in Mississippi.” Now he’s outfitted an old Red Cross disaster truck to sell his famous snoballs in 16 flavors all over town.

Paule works at the shop most of the time and now goes out on weekend evenings in his mobile shop. The Bucktown native won’t say exactly what makes his snoballs so good. “I take a lot of pride in my snoballs and I’ve got the right formula. I just do it the right way.” 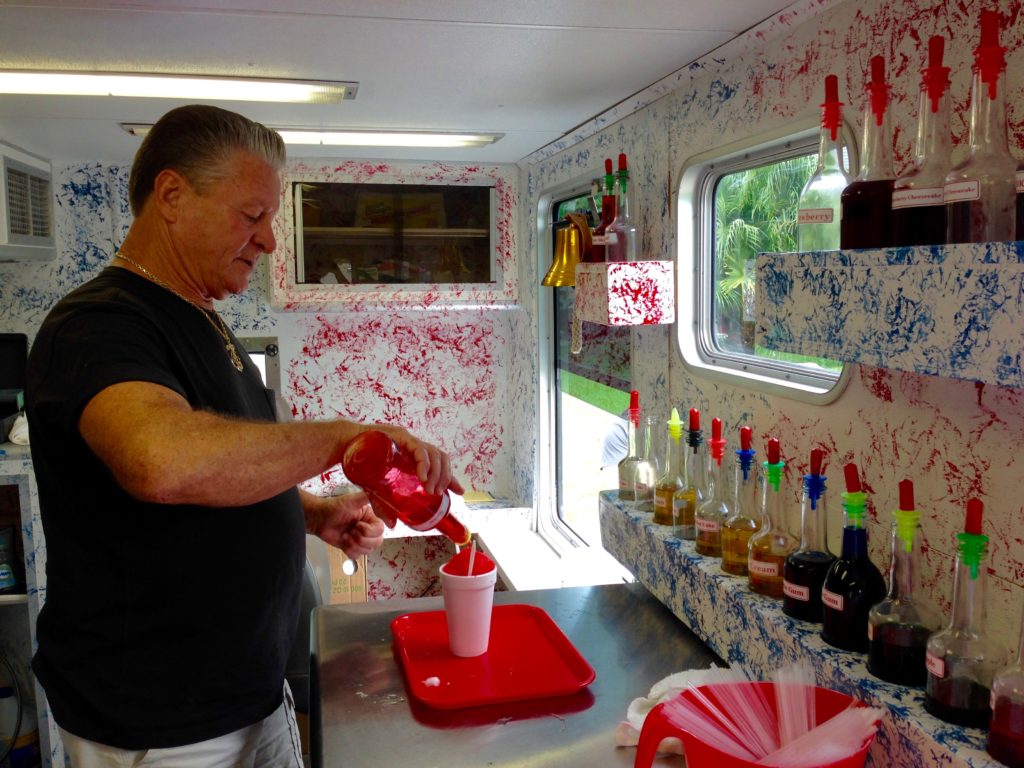 Paul Adams pouring on the flavor.

Since hitting the road in late June, Paule has served snoballs at large family gatherings and small parties around town and he plans to reach even more customers. “I hope to do some festivals,” he said. If you don’t see him coming down your street or around Old Town, call him at (228) 332-1646 and he’ll come to you. 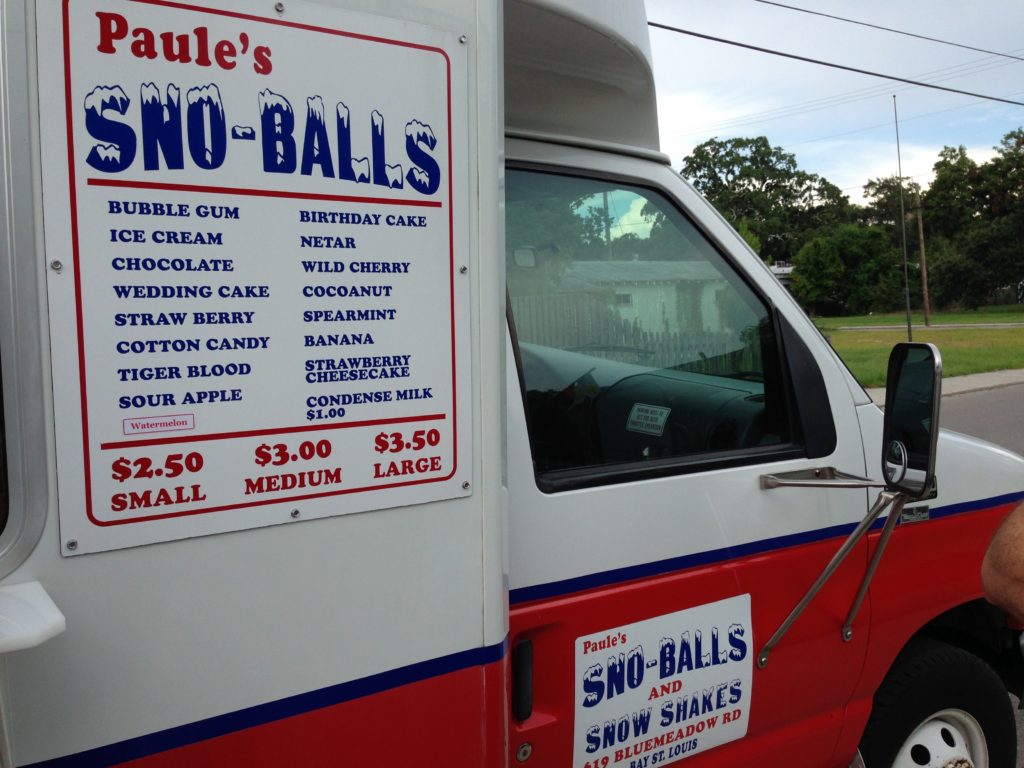